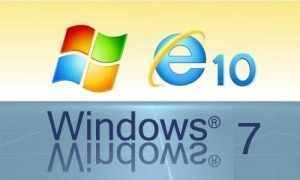 Previously you needed Windows 8 to experience the new Browser.

The new version brings enormous changes to the Browser, and mostly for the better.

Internet Explorer 10 is not only faster and more stable than the current IE for Windows 7 (version 9), it’s also far more standards-compliant.

Internet Explorer 10 is 20 percent faster on Windows 7 than IE 9, and it supports HTML5 and CSS3.

In short, modern HTML5 sites that run smoothly in IE 10 on Windows 8, or the latest browsers from Chrome and Firefox, will now work properly in Internet Explorer 10 on a Windows 7 PC.

Will it work on XP?

Unfortunately, older OS versions are not supported and it will only work on Windows Vista or above.  So if you still have Windows XP, you are out of luck.

Why Would You Click On The Link? Watch Out For This Nigerian Bank Email Sca...
Scroll to top