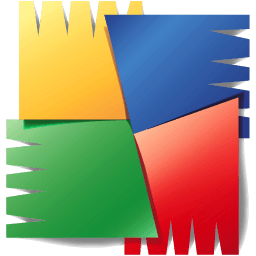 In the past week I have seen three Acer computers with the same, or at least very similar, fault symptoms. That fault symptom being that as the system starts up and enters Windows, it will either reboot itself or not completely load up the desktop icons, however they would all start up fine in “Safe Mode“.

The first one had me stumped for a while because I was thinking it was a driver or a recent windows update that was causing the problem. So to get it going again, I got the customer to boot up in Safe Mode and use the windows “System Restore” feature to return the Registry to an earlier time when all was good. This did the trick, but within a couple of weeks, the same thing happened again. This time I got the customer to bring the computer into the office for me to take a closer look.

I began by disabling things that were starting at boot up, and it just so happened that the first thing I chose was AVG antivirus. Low and behold, once it was disabled the system booted up without any trouble. Now I was confused. Why had it taken a couple of weeks for the problem to return? AVG regularly updates itself so the problem should have returned within a day or two. The reason was that the customer rarely used the PC and AVG hadn’t had time to update itself again. As a quick fix I installed PC Tools Free Antivirus in AVG’s place.

On the very same day I had a call from another customer with an Acer computer with exactly the same problem. So I got them to boot up in Safe Mode and uninstall AVG and download and install PC Tools Antivirus.

Then just this morning I had a third Acer PC land in the office, but this time the symptom was that it would boot to the desktop, but no icons would appear. Once again AVG was the culprit.

I have since contacted AVG, and it turns out the problem is a piece of Acer software called eLock. Apparently an updated version is available from Acer. Wouldn’t it be nice if they shipped their computers with the updated software? Nahhhhhhhhh that would be too easy.