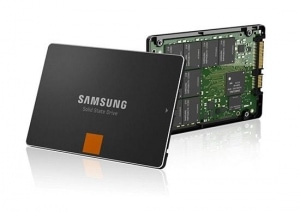 I had a computer repair job yesterday that has prompted me to write this.

For the first time ever, I had a computer come in for repair that had a faulty SSD Hard Drive. For those who do not know what a SSD Hard Drive is, SSD stands for “Solid State Drive”. In other words, there are no moving parts, no spinning disks, and no heads that move back and forth over the disks. They consist of fast Memory, and a controller. So this makes SSD Hard Drives super fast, and importantly to this conversation, super reliable. In fact they are so reliable, that in the 5 or 6 years I have been using them, this is the first failure I have ever seen. Well except for one in the early days that was destroyed when a Power Supply caught fire, but that’s another story.

So the point about their reliability and how it relates to this story is that because I have never seen one fail, I just assumed the problem was caused by something else.

So what were the symptoms? Well initially the PC worked just fine. It was fast, and doing everything you would expect it to do. But after about 15 minutes or so, it started playing up. You would try to close a window, or minimise it, or open software, and the “spinning wheel of death” appeared. The last thing I thought it would be was the SSD. So I looked at everything else, like faulty memory, CPU cooling, viruses, any dodgy software, but to no avail. So as a last resort, I thought I would do a clean install of Windows. And that was when I found something. When I tried to reinstall Windows, the install process reported that it could not see a Hard Drive. And when I restarted the PC, it came up with a “No Bootable Disk” error message. But still, I didn’t think it was the SSD. So I replaced the SATA Connector Cable, and moved it to a different SATA Port. And guess what? The same thing still kept happening. So that left me with just one conclusion, it must be the SSD Drive itself.

So I replaced the Drive, reinstalled Windows, Drivers, installed all the Updates and Patches, all without a hitch.

So the moral of the story was, just because SSD Drives are so reliable, I shouldn’t dismiss them as a possible fault out of hand.