And I thought the Windows 10 Start Menu was bad!!!

I have a second PC sitting on my desk that I use primarily as a backup in case my main PC fails, but is also there for experimenting.

So when I saw that Windows 11 was available for download as a free upgrade, I thought why not, let’s take a look at this new offering from Microsoft.

I was especially curious given that Microsoft had intimated that Windows 10 was to be the last version, and they would just stick with that numbering and let it evolve.

So I took the plunge and upgraded from Windows 10 to Windows 11.

Ok. It looks slicker, a bit of window dressing as far as aesthetics are concerned, and I won’t go into Window’s 11’s features and functions.

But the thing that immediately strikes you is the positioning of the Icons and Start Menu on the Task Bar. In short, they are centered.

No biggie. I can get used to that if I have to.

But the worst thing is the Start Menu itself. 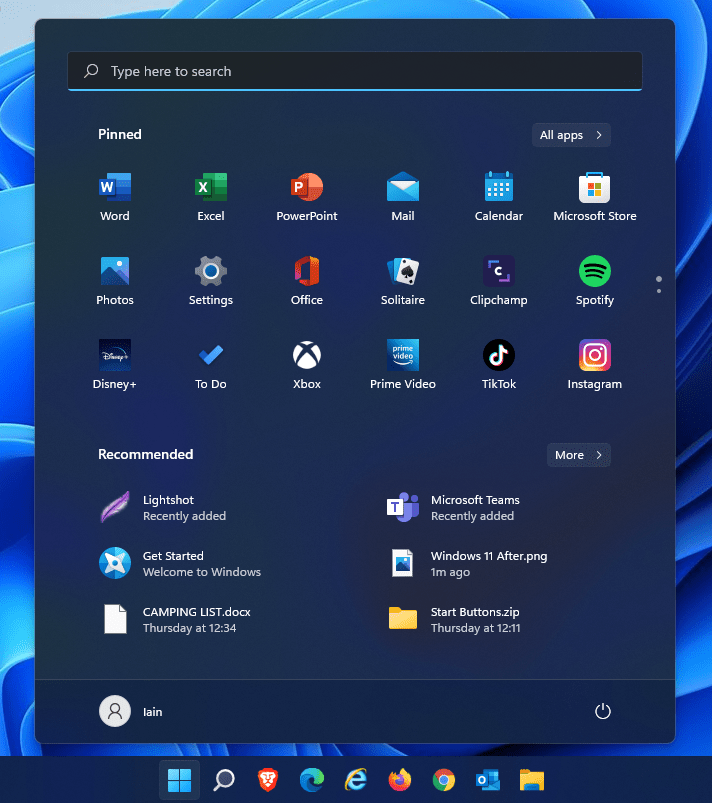 Now in Windows 10, you could revert to a Windows 7 style Start Menu (my preference) by downloading and installing a free Open Source program called Open-Shell.

But not to worry, you can still use Open Shell in Windows 11.

You also need to install another program called StartAllBack.

Once you install both these programs, your Windows 11 Task Bar and Start Menu will revert to something that you are familiar with. 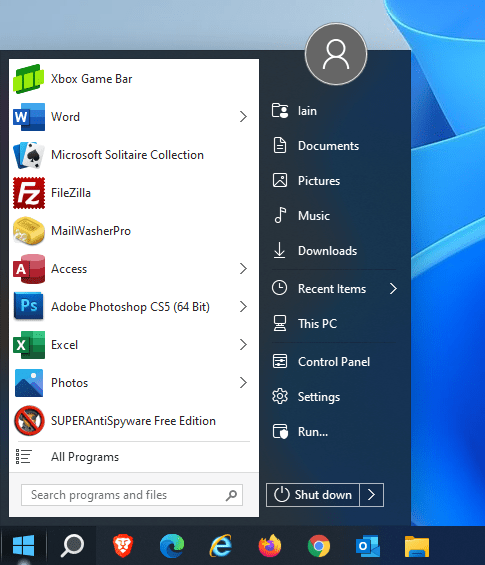 Now ordinarily I would advise to always do a clean install of a new Operating System.

But I have to say, that the “In Place” upgrade I did from Windows 10 to Windows 11 was seamless and faultless.

But as always, make sure that you make a backup of any and all important data because there is always a chance that something can go wrong. 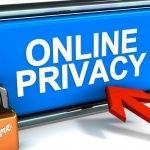